Seeking ways to be more productive? Curious how technology can impact your jobsite? Caterpillar application, equipment and technology experts are available to answer your questions.

ASK YOUR QUESTION
This site uses and sets "cookies" on your computer to help make this website better by keeping the site reliable and secure, personalizing content and ads, providing social media features, and analyzing how the site is used. You can learn more about these cookies by clicking here. By clicking 'I Accept', you are agreeing to our use of cookies.
I ACCEPT
I DECLINE

Survival of the Fittest: Evolving to Stay on Top

Are you fighting to save the world? Or fighting to save time and money on the job? Either way, winning the battle requires that you never stop evolving. Just as TRANSFORMERS: THE LAST KNIGHT promises to be even more exciting than the four films that came before it, each generation of Cat® Excavators delivers more productive and efficient performance. Always ready for the next challenge—it’s a quality Caterpillar and TRANSFORMERS: THE LAST KNIGHT have in common.

TRANSFORMERS: THE LAST KNIGHT: Taking movie making to the next level

The first film in Paramount Pictures and Michael Bay’s Transformers franchise was released in 2007. In the 10 years since, the filmmakers have continued to bring audiences more visual excitement. Key to the evolution of Michael Bay’s vision has been the use of IMAX 3D camera technology. According to IMAX.com, IMAX has been leading the way in immersive theatre experiences since 1968. Its innovations include stadium seating, development of the highest resolution cameras in the world, and laser projection and sound technology. These tools in the hands of directors and cinematographers create new movie-going experiences.

According to TRANSFORMERS: THE LAST KNIGHT director Michael Bay, “A movie like TRANSFORMERS needs to be seen using the very finest tools, the best sound technology, the best projection technology and the best cameras. The only way to make it the best experience for the audience is to shoot it natively. That means two cameras—two eyes that see exactly what you’re seeing. We’re the first movie ever to shoot IMAX 3D.”

TRANSFOMERS: THE LAST KNIGHT is a movie-making milestone. Lorne Orleans, IMAX Senior Vice President and Executive In Charge of Production, DMR, points out: “Michael is the very first filmmaker to take two IMAX 3D cameras and configure them on a 3D rig and shoot in 3D in real time and that’s not trivial. The resolution, the detail, the clarity–it really is mind boggling.”

So, seeing TRANSFORMERS: THE LAST KNIGHT isn’t just another night at the movies.  It’s an action-packed, breakthrough experience like nothing you’ve seen before.

Cat Excavators: Evolution on the desktop and in the dirt

Cat hydraulic excavators pre-date the first TRANSFORMERS film—we introduced our first model, the Cat 225, in 1972. The changes in modern computer-aided design (CAD) may not be as mainstream as Hollywood movies, but it’s evolved as much if not more over the past 45 years.

The roots of what we know today as CAD/CAM systems derived from PRONTO (Program for Numerical Tooling Operations), developed by Patrick Hanratty during World War II. Some industry analysts estimate that 70% of all 3D mechanical systems today have roots in this original code.

Modeling research turned from 2D to 3D applications with the first commercial CAD software system released in 1972—the same year as the Cat 225. In 1987 an AutoCAD program called Pro/Engineer was released that ran on UNIX workstations—because PCs still didn’t have the capabilities needed to run CAD programs. It wasn’t until 2000 that Alibre Design became the first 3D CAD software able to perform full 3D modeling over the Internet.

It’s now possible for engineers to work with CAD on any Mac, Windows PC or tablet, and systems are compatible with all major platforms. Take a look at the evolution of excavators that CAD has helped make possible in this comparison of our original 225 excavator with today’s equivalent. 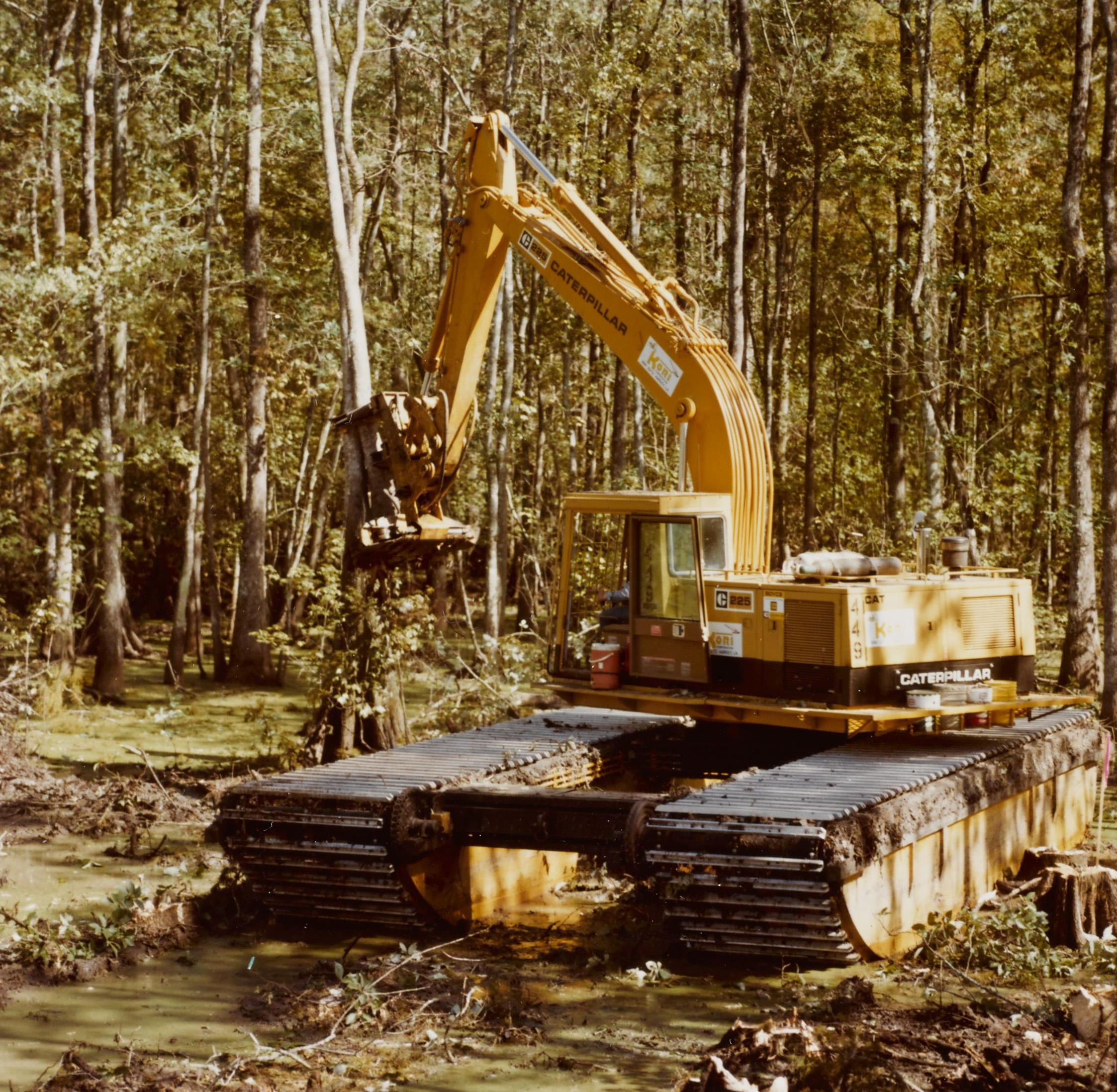 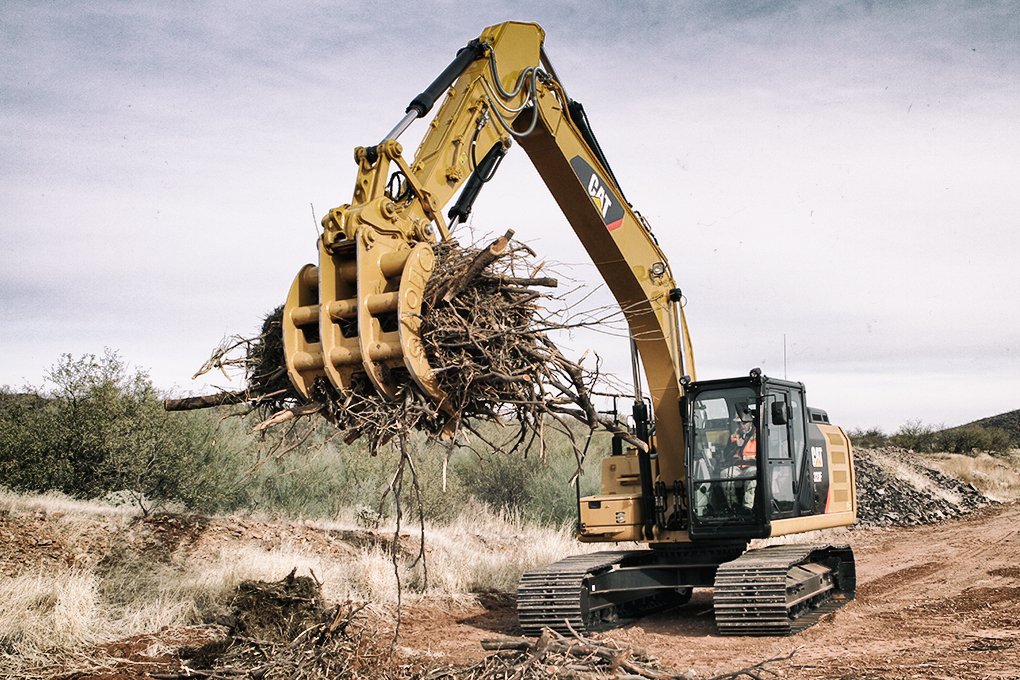 The evolution of computing technology has had an impact on the evolution of both Cat equipment and TRANSFORMERS: THE LAST KNIGHT, with engineers, designers and animators all using similar tools to create amazing machines.

What’s next in the Cat Excavator evolution? Stay tuned to find out!

© 2017 Paramount Pictures. All Rights Reserved. Hasbro, Transformers and all related characters are trademarks of Hasbro.

Get profitable insights with Technology Updates from Caterpillar every month!

Thanks for taking an interest in Technology Updates from Caterpillar.

An email confirmation is on its way to your inbox!

You are Entered to Win

$5,000 in rental credit could be yours! Look for helpful tips about maximizing the potential of rental equipment and machine technologies in your inbox soon. To manage subscription preferences, including to stop receiving future marketing communications from Caterpillar, click here. Caterpillar will continue to send service/transactional messages, including those pertaining to existing accounts, even if you opt out of marketing communications.